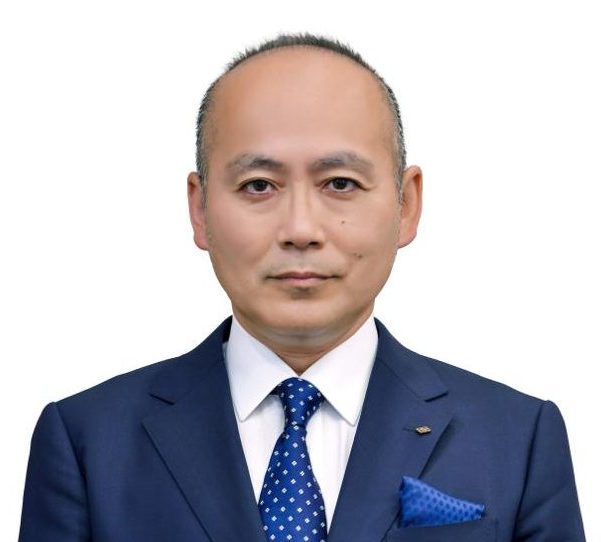 Hello everyone!! My name is Susumu WAKAMORI, I am appointed as President of Japan Chamber of Commerce and Industry in India (JCCII) in FY2022. I have just arrived in India to assume my new position this spring and am taking on a very heavy responsibility, and I am literally sobering.

I, myself have only had a limited involvement in business with India, including business trips, but with India’s presence in international politics and the world economy increasing year by year, I have been given the opportunity to be at the forefront of business in India this year and I am determined to fulfil this great responsibility to the best of my ability, while receiving guidance and encouragement from you all.

I would like to say a few words about the Indian economy. India has the world’s second largest population, a huge middle class and a high rate of economic growth. Although in FY2020 there was a significant drop ( ▼6.6%) in India’s GDP due to the impact of the spread of the new corona infection, in FY2021 there was a V-shaped recovery (▲8.95%). Although after third wave of infection spread in January of this year, there was basically a trend towards the relaxation or elimination of behavioral restrictions in each state, and we feel that business activities have returned near to normal situation. In FY2022, although attention should continue to be paid to the possibility of a re-expansion of the disease, economic growth can be expected due to rebound from the drop in demand caused by the previous action restrictions and the effects of various promotional measures, such as the PLI (Production linked Incentive) Scheme promoted by the Government of India.

Last year, JCCII enhanced its industry-specific sub-committee activities, gathered your opinions and submitted “Proposals for India Business Environment Enhancement by JCCII” to the Indian Government, focusing on improving the business environment. We received the response letter at the end of March and are currently discussing how to proceed. By improving and continuing the same activities this year, we will focus on contributing as much as possible to the growth and expansion of Japanese companies in India. This year, through surveys and hearings, we will re-examine the activities of JCCII and further improve our activities. We look forward to your active participation in our various events and your frank comments and requests.

With regard to Japan-India relations, the first visit of Japanese Prime Minister to India in four and a half years took place on 19 March 2022, with a summit meeting between Japanese Prime Minister Kishida and Indian Prime Minister Modi. At the meeting, it was also agreed to resume the annual reciprocal visits of the two leaders. Cooperation in various fields will continue to be promoted through the framework of bilateral relations as well as the framework of Japan-US-Australia-India relations (QUAD) towards the realization of a ‘Free and Open Indo-Pacific’ based on the ‘Special Strategic Global Partnership’ between India and Japan.

Last but not least, we are committed to working together with members of JCCII, the Embassy and other Japanese government officials, and Japanese Association to deepen mutual understanding and trust between Japan and India, and to further develop the businesses of Japanese companies that have or will set up operations in India.

Thank you very much!